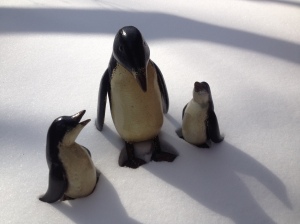 I think I’ve lived in Arlington for 6 years, and other than one massive snowstorm in 2010, winter here hasn’t been that impressive. Until now. Today’s high temperature is 16 degrees. The wind chill was -5 when I went to school, which was at 10 o’clock because the busses were too cold to start on time. It’s insane!

Now, I know that just about every big city north of us (Chicago, New York, Trenton) has had a really cold winter with lots of snow and unpleasantness. But they aren’t in the Mid Atlantic, and should therefore expect a really cold winter. So if everybody could give DC a break, that’d be nice, because we’re really cold right now and totally unprepared for it. Also, we are total wimps, because Minnesota is like -40 and they’re going to school on time, and we got #closeFCPS trending globally over 3 inches of snow and 25 degrees.

FCPS, by the way, is fairfax county public schools, so why anyone in Indonesia was tweeting with that hashtag is beyond me. I go to school in Arlington County, where we all tried to get #closeAPS trending and then gave up and stole the FCPS hashtag so that we could better express our dismay over being forced to go to school. Talk about first world problems.

Anyway, the point I was trying to make is that it is very cold. Which is is. It is freezing, and they’re calling for 3-5 inches of snow tomorrow. And baseball season starts here on Monday. And they might cancel my house basketball game. And the rest of that may not sound like anything more than a slight inconvenience, but let me remind you that the wind chill when I went to school today was -5!

Have a nice day.